Leaving Cartagena behind we moved on to Mojacar on the south coast. We had visited Mojacar in 2010 so knew it a little. It was really intended as a sleeping point for us as we prepared for the major drive through the Alpujarras, but… 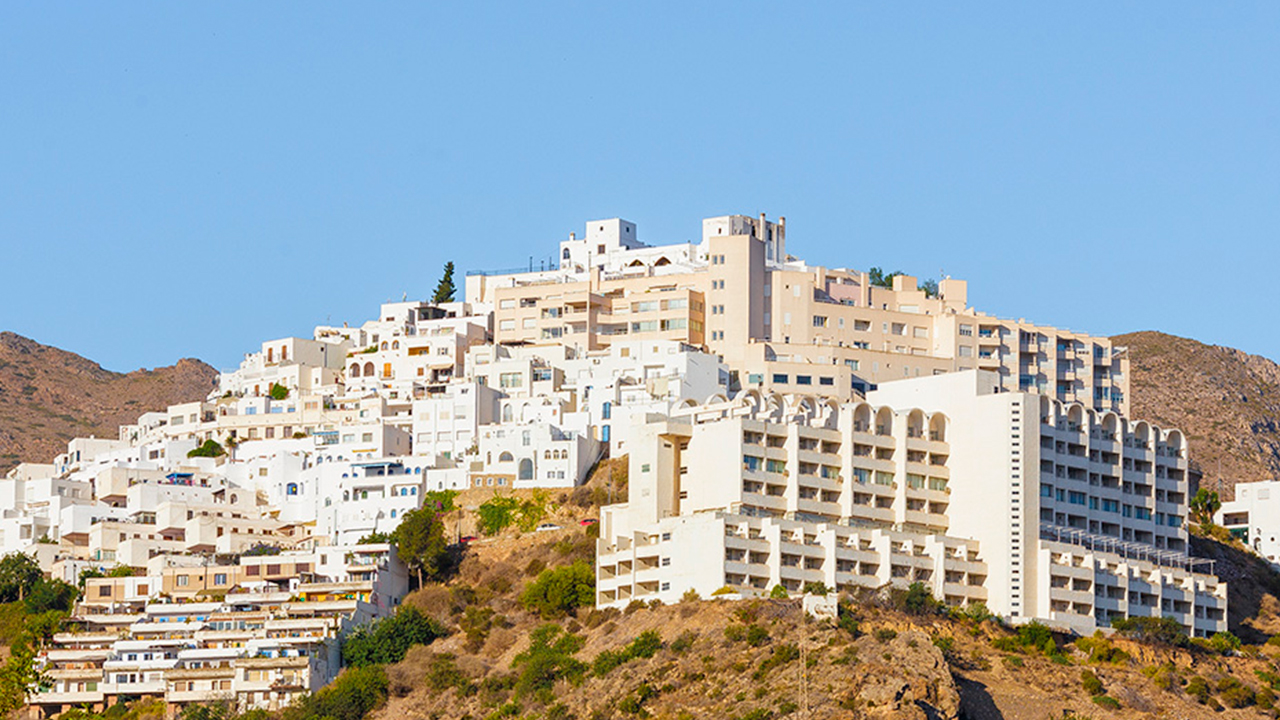 A quaint, beautiful place with narrow streets so well preserved: 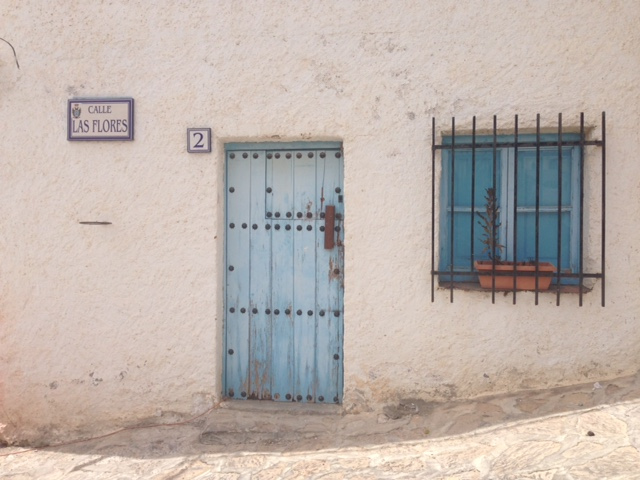 Before getting in to Mojácar and what we did there we look back on our first trip across the south of mainland Spain in 2010 with deep appreciation. We did this from Mallorca, renting a car and taking a tent, but now looking back it was so foundational to our understanding of Spain, and it was what eventually took us to Cádiz. It was at the end of our southern trip, we were in the city for just over an hour and then basically prayed for it for the next 2 years on an all-but daily basis. An accidental connection but a shift for us. Now living, more or less at the point of entry for that first trip, we reflect how what seems accidental can turn out to be so full of God. 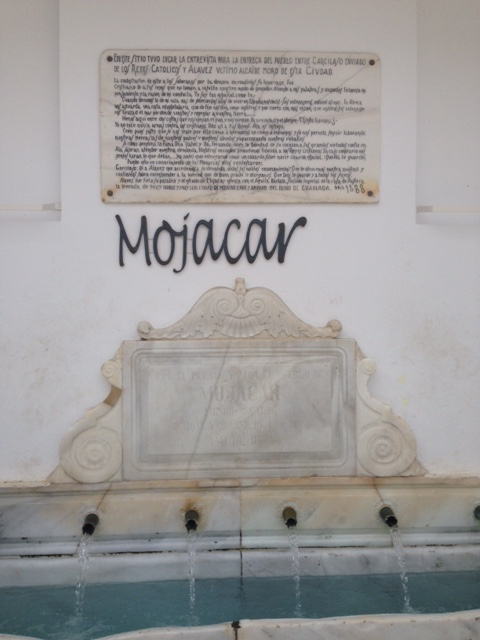 So off we went to Mojácar. Gayle says – so why are we here? To that point of time we had not read too much about how Mojácar fitted into the historic scene we were looking at. Not too much later we were reading one perspective that what took place in Mojácar was the root of what sparked the rebellions of the Alpujarras. We would not place such weight on it as that but the key event that we prayed into and were very moved by was the story surrounding the Muslim mayor (Al Avez) of Mojácar in 1488, in the immediate era when the Christian forces were closing in on Granada.

On June 10, 1488, the leaders of the region agreed to submit to the Christian forces, although Mojácar’s alcaide refused to attend, considering his town to be already Spanish. When his non-attendance was followed up he responded with (as on the plaque above the fountain):

I am as Spanish as you, when we came (those of my race) more than seven hundred years to live in Spain, and now you are telling us to leave. I have never taken arms against Christians, I believe we should be treated like brothers, not like enemies and we should be allowed to continue to work our land, and I add: Before I surrender like a coward, I will die like a Spaniard.

This is the story line that we have found again and again. Different faith, but Spanish. They loved the land, this was their home. This follow up meeting resolved things… and then a second story line that comes up so often, within a few short years the Christians broke their treaty, moved all Muslims out of Mojacar (their town) and moved Christians in. The story lines repeat as is so often the case.

We have also noticed over years there is a pattern of betrayal leads to destruction / murder… and maybe some measure of crossing borders precedes betrayal. This is the same pattern as we first encountered in Mallorca: piracy to betrayal to murder.

We went back to the meeting place in Mojacar to the fountain where it took place. The place where regardless of faith everyone had shared together (and still do to this day) dependent on the same source.

To drink from the same fountain where speeches had been made, where people no different to us had drunk for centuries was an easy and necessary place to pray.