Geoff Daplyn has just returned from a visit to Palestine. He wrote a while back to me that he was travelling there to see and feel first hand what was on the ground. Be assured that is not writing with a pre-bias in the sense of having made up his mind before he went. I know Geoff and he has an honest integrity. Neither is he, nor anyone else that I know, saying that there is not a uniqueness about the Jewish people. The complications of our hermeneutics and the inter-section of historical events are immense. I chose to publish this as it is a first hand report by a friend. I am aware that someone else might have met other people, other situations and the report would be different.

Here is what Geoff wrote: 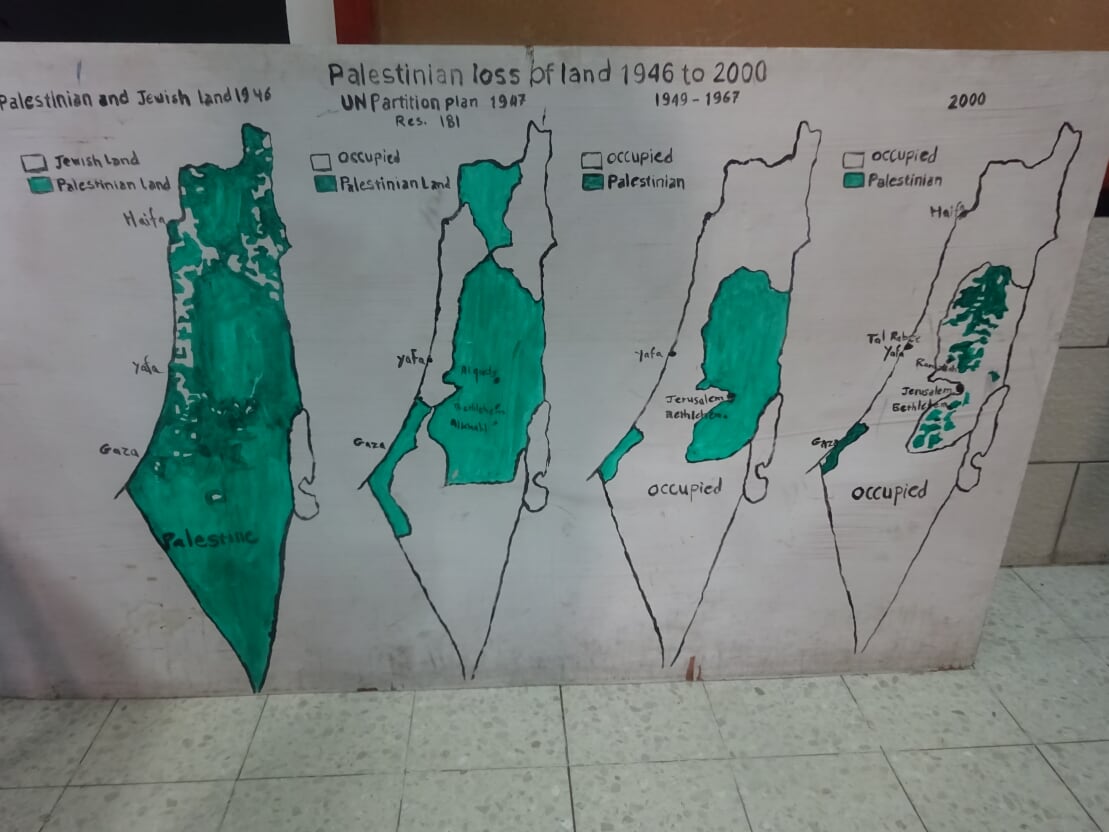 I can’t think that God can be pleased with Israel right now. There, I’ve said it!

I returned from a trip to Palestine a few weeks ago and I’m still processing the experience. It’s not that I knew nothing about the situation that the Palestinians are in, but rather that what I knew was from newspapers, TV and books. The experience is rather deeper, more thought provoking; indeed just more provoking!

Of course when anyone talks about Israel and Palestine, especially in a Christian context, there are facts, myths, opinions and propaganda. One person’s facts are another person’s myths and passionate opinion easily becomes powerful propaganda. All I can offer is a personal perspective based on people I’ve spoken with, and things I have seen with my own eyes.

The burden of centuries of guilt felt by the West towards the Jewish people can’t, it seems, be assuaged. It’s not just the Holocaust, but the endless pogroms, deliberate discrimination and broken promises. It’s a European history of the confining of Jewish people within ever tighter boundaries, identity cards that shouted ‘second class’ citizen, military rule, restrictions on movement, jobs, housing etc. It was an anti-Semitic, dehumanising policy of which the vast majority of us are ashamed.

So ashamed in fact, that we have allowed Israel the freedom to do exactly the same to the Palestinians. It’s like, “we are so sorry we allowed this to happen to you….please feel free to do it to someone else. Hope you feel better soon.” Ah, but these are just opinions, maybe even propaganda.

Quick itinerary: we started in Nazareth, then to Jenin. Blocked at first military checkpoint, but managed the second. Next day on to Nablus, then Ramallah, Bethlehem and Hebron in the south. A hectic day walking around Jerusalem as well, seeing the sites and the thousands of people from every nation on earth, it seemed.

For the last few nights we stayed in one of the Bethlehem refugee camps. As everywhere on the West Bank, we were welcomed and cheered. They don’t see many people visiting. We saw the Wall with military watchtowers reminiscent of Berlin in the ’80s. We talked with some who had their homes demolished with 24 hours notice. (The group we were with had actually rebuilt one last year, but it could get demolished again.) We saw18yr olds looking they had just come out of school, with M16s slung over their shoulders. We saw settlements with walls which encompassed Palestinian olive groves. Yes there was an access gate, but it was welded shut. After 3 years of no activity, the land automatically reverts to the state. Facts, or just myths?

We met many articulate and highly educated Palestinian leaders, Christian and Moslem, leading community projects expressing real hope, which considering the map (above) was astonishing. Few, however, had any ambition to lead at a higher, more political level. The view was expressed that the Palestinian Authority is corrupt (not substantiated), and uses grants from various governments around the world to build grandiose municipal buildings for their ministries. I guess it provides employment of a sort, but not the wealth-generating, job-generating, self sustainable sort.

There’s always more to say. But after initially being surprised, then shocked, I think I’m now just sad. Of course, there’s another side to the narrative which focuses on security (and there was plenty of that), but if Martin is right, and spiritual powers gain authority from what has been sown, Israel could well be into reaping a whirlwind!