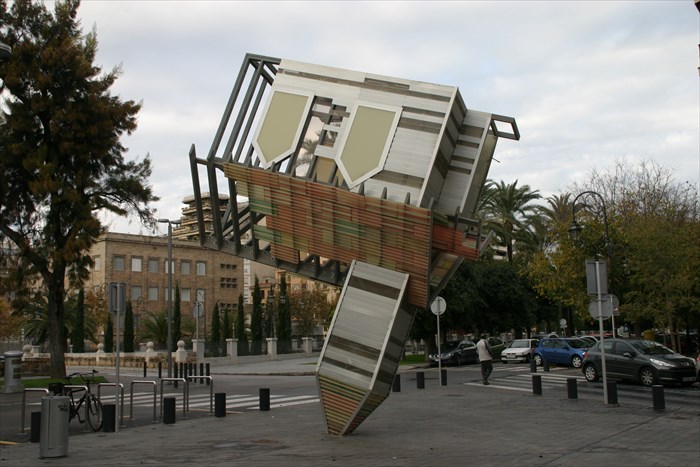 It is genuinely difficult to know what was going on inside the mind of someone like Paul in the NT times. We are not living in that culture, and there has been so much development in church tradition since then. I often ask myself a question along the lines of ‘what on earth was Paul seeking to do as he travelled across the Roman Empire?’ We can answer it with planting, encouraging and seeking to keep on track the various ‘in Christ’ communities. But for what purpose and what did he hope might be accomplished by his focused activity?

The new church movement is what shaped me with a belief that the church was built on a foundation laid by apostles and prophets. The ongoing work of the church was to evangelise a locality, plant new LOCAL expressions that carried the same DNA, and enable people to grow in Christ. And I thank God for the many lives that have been impacted through that work.

However, the adjective ‘local’ is questionable. I can certainly find the understanding of the church in the locality (‘saints in Corinth’, for example), and the use of the word ‘church’ across a region (Acts 9: 31).

Maybe tradition means that the word local is the one word that legitimates but I challenge that. In challenging that I am not questioning the validity of a local expression, but I am seeking to push beyond that to legitimise other expressions, that have often been delegitimised through the addition of such adjectives as ‘para’, or worse ‘not proper’ church.

It seems that the word ‘ekklesia’ has two underlying backgrounds. It was an everyday Greek word, being the regular assembly where those who qualified could give their vote on the issues facing the community / city. This local assemnbly had been pioneered in Athens at least 600-700 years before Paul. A solidly agreed description of the ekklesia was that it was

The regular opportunity for all male citizens of Athens to speak their minds and exercise their votes regarding the government of their city. It was the most central and most definitive institution of the Athenian Democracy.

By the NT era this assembly was something well established across the Graeco-Roman world. It was open to males over a certain age and those free. Paul’s mantra of ‘neither Jew nor Greek, neither slave nor free, neither male and female’ is radical not only in the light of Jewish but also Graeco-Roman restrictions.

We see this use of the word ‘ekklesia’ with this meaning when the town clerk responds to the riot in Ephesus with ‘If there is anything further you want to bring up, it must be settled in a legal assembly (ekklesia, Acts 19:39).

The radical nature of Paul’s language into the culture of the day was that of using the term ekklesia for what he was involved in planting. Each city already had an ekklesia before he arrived! Just a little provocative.

was in the assembly (ekklesia) in the wilderness (Acts 7:38).

This word, ekklesia, is normally used in the LXX (Greek translation of the Hebrew Scriptures widely used in the NT era) when the underlying Hebrew word was not simply ‘people’ (edah) but a word used when the context was of people being called to listen to God and to act in response. The word ekklesia normally translates the Hebrew word ‘qahal’, which seems to be related to the word for voice. It is a purposeful word, referring to a people on a mission.

Unless we suggest that Jesus’ use of the word ‘ekklesia’ in Matthew 18:17 are words written back into the mouth of Jesus by the writer, then he seemed to suggest that the travelling companions were indeed church… and certainly not ‘local’.

Back to Paul… So what was he up to?