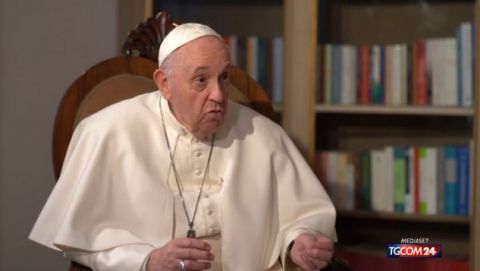 I really keep up with things… always on the cutting edge of every trend… so just picked up on Pope Francis speech of 2015 (did you notice how cutting edge I am?).

He spoke to a gathering of Italian Catholics in Florence that the Church must be open to change while rejecting a “controlling, hard, and prescriptive” style. Here are a few extracts:

It is not useful to search for solutions in conservatism or fundamentalism. We are not living an era of change, but a change of era.

Christian doctrine is not a closed system incapable of generating questions, doubts, queries, but it’s alive, and able to unsettle, animate. Doctrine has a face that isn’t rigid, a body that moves and develops, it has tender flesh: that of Jesus Christ.

He called in the same speech for the Catholic church to be ‘a free Church that is open to the challenges of the present, never on the defensive for fear of losing something.’

It was the phrase:

We are not living an era of change, but a change of era.

that caught my attention. A clever turn of phrase but something that captured the wider scenario. I recently wrote in a newsletter using the analogies of the current time as being either, we have entered a storm, winter or the beginnings of an ice-age (analogies not original to me). The first two are simply a variation on the ‘era of change’ phrase. The difference simply being of time duration; the third analogy of course would mean a before and after of immense proportions. An after that is not visible to current sight.

Looking wider than changes being encouraged within the Catholic church, or the church that is essentially shaped from the ‘gathering’ the changes are visible within our world. Elections being stolen… or democracy not being respected… are serious accusations, but perhaps we are witnessing the end of an era, for after all elections have been pretty much settled for decades not by democracy but by money and the power that money can exercise. Now with an emphasis on ‘the seven mountains of influence’ we are in danger of adding to the erosion of genuinely hearing the diverse voice from the public square (see the Michele Perry’s critique that I referenced in a previous post: https://dmperry.com/2021/01/19/why-the-7-mountain-mandate-is-toxic-theology/).

This week Jeff Fountain (YWAM and the Schumann centre) interstingly pikced up on the ‘Seven Mountains’ in his weekly word newsletter:

I was actually present the first time Loren spoke on what he called ‘mind moulders’ in August 1975. He talked of these spheres as ‘classrooms’ through which nations could be discipled. Given his pentecostal background, it was an epiphany for him about the implications of the gospel for all areas of life. Those from Reformed backgrounds would have recognised echoes of Calvin’s understanding of society, especially as taught by Abraham Kuyper. Others however embellished the idea, creating the Seven-Mountain teaching that God wanted Christians to infiltrate all these areas to dominate and rule non-Christians with ‘Christian principles’. This was not Loren’s emphasis. I am allergic to this power-based concept which unfortunately has been widely embraced.

The change of era scenario means that we can be looking for quick answers, and the ‘Seven Mountains’ comes into give us a quick pathway. The question we have to ask of all such pathways is whether it is the pathway of ‘those who follow the Lamb wherever he goes’.

The comment of Paul that not only signs and wonders accredited his work but that they were accompanied with ‘great patience’. A long term vision. In writing the four foundational books (by foundational I mean they are pretty much foundational to me – probably not sufficient to erect a tower block on!!) I have suggested, non-critically, that we are pre-Pauline, that we do not really know what he was up to with his ‘got to get an ekklesia in every city-state, province of that blasphemous empire’… In that sense all our best work is probably a prelude to catching up to what he was about, and then a challenge awaits us! I do not think Paul would be doing today what he did then. But he would have the same vision, captivated as he was by the Gospel. So, if that be true, we have to somehow find a way of going from pre-Pauline to post-Pauline (yet being faithful to Paul!). Change of era.

Change of era and a long term vision.

But Jesus will come back soon. Yes… we can spell the word soon but the calendar does not help us.

Paul probably anticipated a very soon coming, maybe in his life-time. We might well think Jesus will come back way soon… maybe, maybe not. We might even go through a crisis that seems to set the whole world back decades / even centuries and have to find a way of moving forward. Maybe. Loads of maybies cos I think we are somewhere between the winter and ice-age scenarios.

Either way change of era; great patience. Uncertainty… if we can hold in we come to place of openness.

2 thoughts on “Change of era”