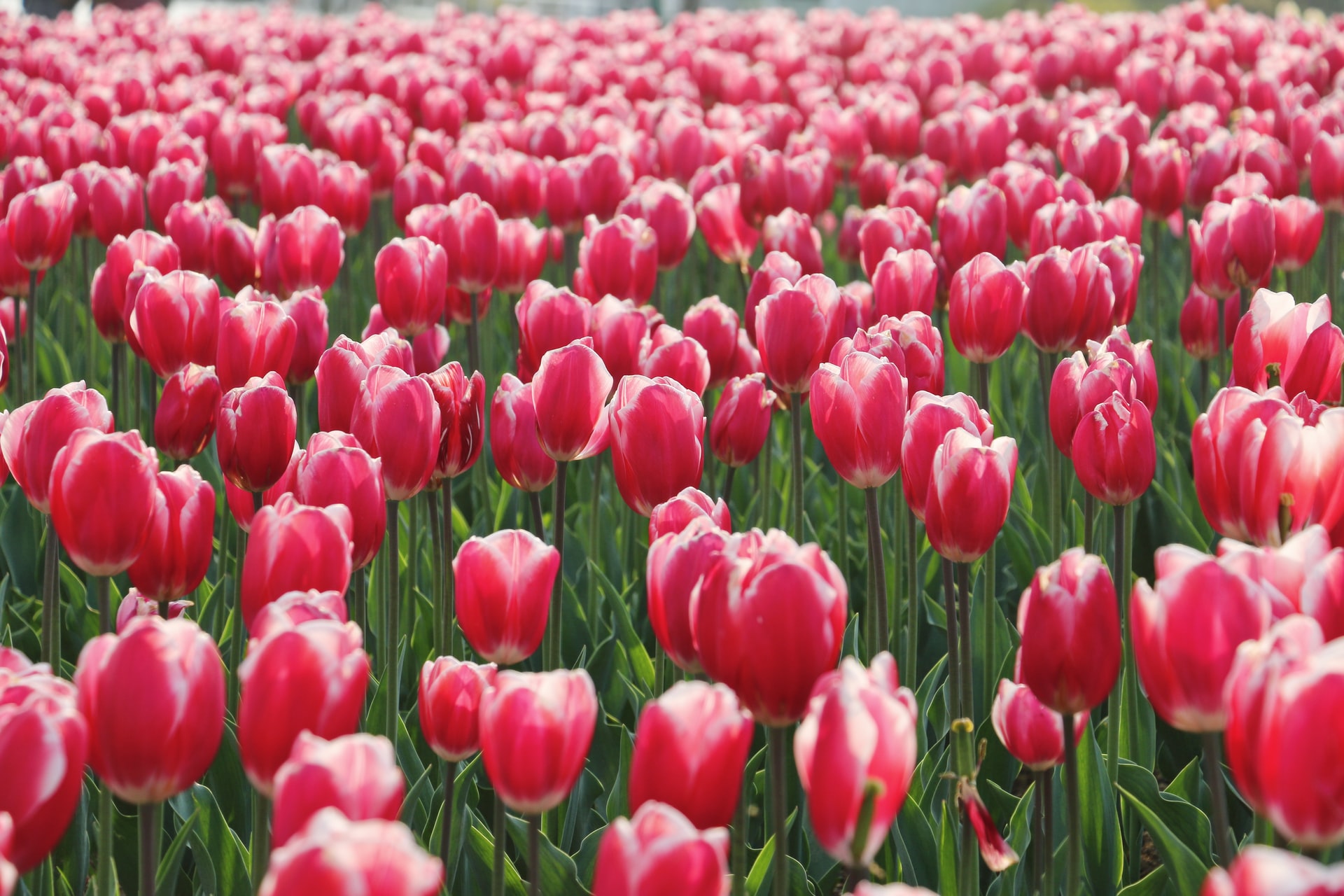 The bottom line why I am not a fan is it focuses in on ‘salvation’ in the sense of ‘me’ in a way that I find hard to find in Scripture. Yes, there is a ‘I am saved by the grace of God’ element in Scripture (thank God for that!) but when we place that emphasis as the focus we move away from the centre of Scripture, that centre being the sweep from Creation to New Creation. There are many Calvinists who hold to the above and are far more advanced than I am in their relationship with the Living God, and thankfully for me (and for them!!) there does not seem to be too much about being judged for our beliefs.

Before I give my Acronym that will universally replace the above, the one that will encapsulate the truth in a pithy word, and the replacement of TULIP by my word all done by lunchtime tomorrow, I will take a moment to pull the above apart – oh my abilities even frighten me sometimes…

The whole acronym of course is based on all the big omni- words, perhaps with omnipotent at the core. God is all powerful (not to be disputed) and nothing is outside of his sovereignty (to be disputed) and so what he wills is accomplished. Apply this to ‘salvation’ and the above begins to flow.

Add to this a penal substitutionary view of the atonement so that if sins are paid for then whose sins are paid for? Answer becomes LIMITED ATONEMENT, for if sins are paid for God is appeased (propitiated) and it is a done deal for those for whom Jesus died. (I do appreciate there are those who are Calvinists who hold to unlimited atonement, and even one PhD that sought to indicate that Calvin himself held to a universal atonement.) Personally if atonement is transnational then the transaction is done – and if there is universal atonement on that basis, it seems to me that such a transaction would indicate universal salvation. Once the limited atonement part is removed it is increasingly difficult to hold to the other four points.

The term UNCONDITIONAL ELECTION is not simply meant that we do not deserve to be chosen (no-one is arguing with that), but it is taken to mean that God also chooses who will receive that election. For me it fails to grasp that there is ultimately only one elect Person, that being Jesus, and by extension of course those who are ‘in him’. (Later Trinitarian Reformed theologians have grasped this… leading all the way in their thinking again to universal salvation.)

TOTAL DEPRAVITY… at best this can mean that there is no area of humanity that has not been affected by the fall(s). That is OK, but normally it is taken to mean even any ‘righteousness’ is simply as filthy rags.

PERSEVERENCE of the Saints – maybe.

So there we go… but for me it is a system based on two planks that simply do not bear the weight of Scripture. Those two being the view of God and how this God acts and behaves (the ‘sovereign’ God whose rule is established through power and might); and the focus on ‘salvation’ in the sense of being personally saved from punishment. So even if we adjust the points, nuance them, they just do not hold water for me. The leakage is BIG! (Unlike the truth that I hold to…)

I wanted to use the word TRUTH, or if that one did not work something like ‘CORRECT’, ‘PROOF’, ‘RIGHT’ or even something a little stronger such as ‘ORDAINED FROM HEAVEN’. But could not get the letters to work. Shame.

Then I came up with ‘WATERED DOWN’, ‘REALLY?’ (with the question mark), ‘NO WAY’, but gave up on those. They just seemed to indicate that I did not have it all sorted… and I can never let that idea circulate.

So being the nice guy I am, and being fairly convinced that all our ideas leak water (and that ‘what we do’ is the criterian by which we will be judged – not very popular idea that one, but seems I have more than one proof text on it), I decided none of this is worth fighting over, so my acronym is TRUCE. Simply stop the fighting, agree with me and we will get along real fine.

Trinitarian dance. Or as the people of old termed it ‘perichoresis’, which we might bring into our language as ‘the eternal dance’ being a term to describe the inner life of the Trinity. (It was probably originally used to try to get a handle on the divine / human relationship within Jesus – I am not so keen on that usage.) I start here as we need a grasp of the movement of God, the interplay, the making space for creation.

Resistable grace. Grace is universal, light enlightens one and all, but that grace can be resisted; the love of God is uncontrolling. Why would someone resist the grace of God? Probably because we have to abandon our pre-set judgements and being boss of our own destiny. The invitation is to come over to the Life side, and although the death side is not something that is chosen – it is a result of choosing what we wrongly consider is life.

Universal invitation. No one excluded, and the invite goes out to come partner, to enter the dance, to learn the steps not with the head and memory, but by the heart and intuition (they are nor pre-set, but are improvised).

Cosmic healing. The cross limited? No, no and no. The cross is unlimited. It is for the healing of the nations… indeed for the healing of the cosmos. If string theory comes close to explaining the universe then the music of the cross is reverberating throughout the universe. The sun goes dark, the earth responds, graves open, temple curtain torn. The silence of submission was so loud that ‘death / sickness’ could not keep the tomb shut.

Eschatological sight. God has always had this vision… we are learning to see this way. There is ‘new creation’ and we now see what is ‘currently’ unseen. Or at least we are starting to see, and not yet very clearly.

OK… My little summary of why we retire TULIP and from now on the entire body of believers will be using the TRUCE word. Or if there is not a total switch over, at least backing away from dogma to rest in relationship and learn to dance within all of creation. Who knows who might join in, or who might teach us some new steps?

This will be a quick blog to suggest the easiest way to understand election. By easiest of course I mean the biblical my way. From as far back as I can remember I had always struggled to understand election as some chosen and others not. The Armininian position of elect according to foreknowledge was at least a softer option. In that approach God did not influence the choice but simply knows beforehand who would respond (normally also the Greek view of timelessness was also part of the package, so God knowing everything without being the cause of the knowledge). The Calvinist position was effectively the reverse of that – so that foreknowledge was based on pre-determination simply never sat easy for me. It seems the Calvinist position reversed this because ‘the sovereign will’ of God has to be preserved. His power and will being pre-eminent.

It seems unlikely that Scripture suggests a literal understanding of Adam and Eve as the first human pair but rather to understand them as either simply representatives of humanity or probably better as some sort of prototypical analogy to Israel as the chosen nation. They stand in unique relationship to God, as God’s representative (image) on the earth. As such they have a responsibility. Chosenness comes with a task responsibility. The task was to flow out of a relational understanding, for the task was to be carried out as representatives of God. God appears in the garden as the Gardener (an insight from Ray Mayhew). Hence the beautiful phrase from Mary to the unrecognised risen Jesus ‘I thought you were the gardener’! How God appears in the original creation and how he appears in the New Creation. God does not appear in the garden as the despot, dictator nor even as king. He walks in the garden as the gardener. The task is not to rule but it is to rule in a certain way. By getting hands dirty, serving, cultivating, nurturing. Hence, with the choice of the disciples Scripture says Jesus first chose them to ‘be with him’. If there is no ‘being with’ the manner in which the task is performed will not be understood. Jesus explained that in a very strong way when he said miracles will even be done in his name but his confession will be he never knew the person performing the miracle.

Election is to task, but it is vital to understand how the task is to be carried out.

This election to task I understand is at the heart of Israel’s reason for being. Israel (and then the body of Christ) is called as the royal priesthood. That which comes to serve the nations, to represent God to them and them to God, to enable them to become the best (most redemptive) version of what they can be, where in mutual co-operation and partnership something of heaven appears within creation. This is a vision not of transformation with the church triumphant, but of transformation with the body of Christ present as salt (throughout) and as light (not to be looked at but to enable others to have clearer sight). The church is vital, and triumphant but not over others but triumphant in completing the task.

Election is in him

‘Chosen in him before the foundation of the world.‘ The language is precise. This is not an expression of arbitrary election but of election that is in him. I parallel this with the confession of a Jew. A Jew was chosen in Abraham and a date can be attached to this before the birth of that Jew, say 1800BC. The individual Jew is not the primary chosen one. Abraham is the chosen one, he is the elect one. The Jew is chosen in him. Because the Jew is in Abraham the Jew is chosen. And the Jew can date that… way back in time. Likewise the believer is chosen in Christ. Jesus is the chosen one, the believer is chosen in him. When… way back in time!! Even before the foundation of the earth for Jesus is the eternal chosen one. The moment a person is in Christ they are chosen. When did that choice take place? Before the foundation of the earth. Whoever is in Christ is chosen. The predetermination is not over some choice to save some and not others, but that those who are chosen (those who are in Christ) will be conformed to the image of Jesus. Jesus is the chosen one, those in him are pre-destined, they are caught up in his destiny, and therefore will be conformed to his image.

I have used the above parallel between Jew and believer, but we should really push this a little beyond that. The focus of Scripture is not primarily on individuals, but on a corporate people. It is a ‘we’ not an ‘I’. ‘We’, the nation of Israel, ‘we’ the ekklesia are chosen, elect. The corporate reading of Scripture opens new vistas. So, in reading Romans, Daniel Kirk suggests the sense of ‘all have sinned and come short of the glory of God’ is not a statement of the evil-ness of humanity, but if we read it as ‘both (Jew and Gentile = the entire world) have sinned…’ that we will better get Paul’s argument, ‘to the Jew first, then to the Gentiles’.