Yesterday Gayle and I were out and about. First a visit to the Supreme Court, though the security is high and we were unable to get right to the building. It has been this way ever since the beginning of the trial of 12 Catalans for their role in the ‘illegal’ referendum concerning independence. We have been there before on two separate occasions and were there to pray into two aspects – the trial and also the delay on the removal of Franco’s remains from the Valley of the Fallen. A June date has been set for the latter but there still is an appeal lodged in the Supreme Court. The judiciary has been a focus for us as it is vital a judiciary is not bought nor controlled by a political wing, and here in Spain there is long way to go on that issue.

Of course I have an opinion on Catalan independence but being neither Spanish nor living in the Catalan comunidad it has to remain as an opinion without weight. Our huge respect is for those who are seeking to be a bridge and call for open dialogue. The experience of those who are bridges is they are then trodden on from both sides, that being what a bridge offers. To help us pray Michael Schiffmann sent us some direction that we had to release three groups of people so that what needs to take place will flow in a healthy direction. (This is a joy to us. For those following these posts will realise that our theology is that the church has the responsibility to ensure that the shape in which things can be expressed in society is a healthy space where hostile powers have limited access. This does not mean only good things will happen – free will see to that! – but it does ensure a healthy space.)

The three groups at this time we see, and this will have a wider application than just Spain are: women, students and pensioners. This is a day for women… and again I have to be careful what I write for obvious reasons. I am slowly becoming aware that ignorant pontificating is not wise! Let me simply say women when embodying the feminine aspects of God; students, whether in formal education or not, but who are seeking to learn about their world and how to pull for the future; and pensioners, who in Spain have lived through and seen so much; those three groups are vital – and I think in that order. Those three we called for and for the Supreme Court to hear the threefold testimony of wisdom calling out from the street.

From the Supreme Court we dropped in a cafe and found ourselves sitting among a group of right wing extremists. Not our normal habitat, but both in need of a toilet and a refreshment having been out for a while already this was the place where we happened to drop in! Dressed in semi-militaristic style clothing the atmosphere was interesting to say the least. Then we went and stood in and by the Catalan demonstration. Incredibly moving as the songs were sung and banners that appealed for justice for the non-violent prisoners facing up to 25 years for rebellion and insurrection in organising the referendum.

The demonstration itself, brave as it was with many from Cataluña in the capital, might not move things forward. It might even push people further away. We certainly saw some blatant antagonism to the march, including a very well dressed older woman walking the other way to the marchers and giving them the finger while sneering at them. The march itself had people of all ages and estimates of numbers vary, but I would suggest in excess of 50,000 and perhaps as many as 80,000. It might not make a difference but we were both so happy to stand in it and get a feel for it. The card in the image that follows was given to us by an older woman (pensioner?) and the spirit of it embodied in the last words ‘a hug’ is what is needed from and to all ‘sides’.

The text written in Castellano and not Catalan says:

Hello friends. We invite you to know Cataluña and Catalans with your own eyes. I am sure that many prejudices will drop away and you will discover that the majority is not what you have believed. You will be well received. An embrace.

Before making a few comments on the issue of the judiciary in Spain, and how it has been a prayer focus for us since late last year, I will pull wider to explain (hope not to justify!!) why we would be praying into this. Personal faith, and enabling people to discover real personal faith is very important to me, but over the years understanding that a) the Gospel message is much wider than that, and b) the body of Christ has a responsibility to enable the world to be the ‘best, though fallen, world it can be’ has pushed me to a context beyond the church, and an emphasis in prayer beyond ‘salvation of souls’. (I tend to use the term ‘body of Christ’ rather than ‘church’ as the latter often communicates a specific model with a focus on congregation and gathering. ‘Body of Christ’ is much more fluid, and I suggest is often more useful terminology as it cannot be colonised by a specific model.)

I believe in a spiritual world that involves demons, the devil etc., though my belief is more practical than theoretical. In other words even if that world does not exist as per classic charismatic understanding and there was no personal devil, I would still believe in spiritual powers. Those spiritual powers operate in and through the institutional constructs, so we have powers in the heavens above and powers on the earth beneath (maybe as Wink expresses: the interiority and exteriority of powers). Those powers will oppress people so that they are unable to find their true calling (sin = the tragedy of never discovering why one was born), and to blind the eyes of those who do not believe so that they cannot see the glory of God as revealed in Jesus. Shifting the influence of those powers is beneficial in itself as it will free people up, and will reduce the influence of powers to blind. Oppression is the bais of our fallen world, but freedom and justice is reflective of heaven’s presence on earth.

I maintain then there is value in and of itself in promoting, campaigning for, and praying for a release of justice. Intrinsic value and a means of clearing the heavens for an increased revelation of God as revealed in Jesus. 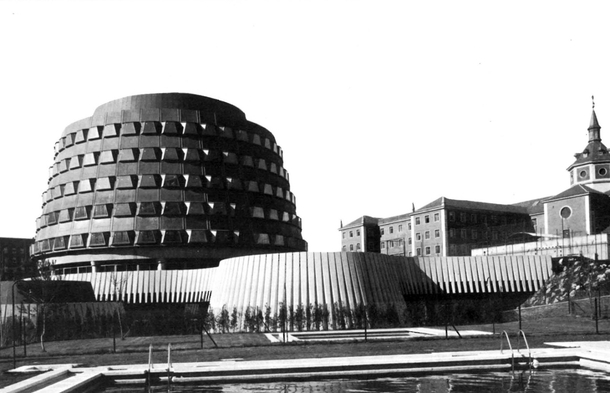 We have been aware that in Spain the judiciary has been corrupted. Appointments made by the government; cases against the government and judges can be moved off the case. The checks and balances are not present. One of the top lawyers, globally recognised, Baltasar Garzón, was disqualified of judicial activity, for overstepping his boundaries (or pushing hard into government scandals!). To date we have gone to all the national courts in Spain, the most recent one being the Constitutional Court, to pray. As always it is not possible to draw a straight line proving effectiveness. That is one of the wonderful aspects of prayer – it might have happened anyway, and it might have happened because of some other activity…

Four recent nationally impacting events have encouraged us greatly (I posted two of them as ‘news snippets’):

1) The Valley of the Fallen where some 30,000+ are buried, many of whom were prisoners of war, or died in the Civil War, has been a focus for us. We visited there in 2015,and were very happy (as well as highly amused) when Danny Mateo went there and danced where we had prayed. It is amazing when one looks for fulfilments in the world to what has been declared (‘dancers who dance upon injustice’) rather than to the church, how many fulfilments there really are. There is now a significant move forward in removing the bodies and re-burying them in family plots.

2) An impromptu road block was made to one of the roads into Catalonia. The result was arrests with the charge of ‘terrorism’. There was no violence involved, it was a protest. Terrorism would carry up to a 30 year sentence. Crazy… but that is the level of control. The result was the judge through it out. Come on you judges, justice is your standard not control through sentencing.

3) Madrid is a major focus of course for us (still waiting to hear if we will be able to buy the apartment there we looked at – all 18 foot x 13 foot: but in the Spirit a spacious place). There have been some great shifts in the city, with evictions from homes to the streets not occurring unless there is alternative accommodation,a nd the city debt has been reduced year on year. (We still have more work to do on that as the government has now taken a large part of the debt the mayoress and her team have worked hard on to reduce and claimed it as their own to be redistributed where they choose.) Madrid, the Communidad (wider area around Madrid, one of 17 divisions of this type in Spain), had a very politically strong leader. A short while back she was exposed as having a CV (resumé) that claimed a Masters degree that she did not have. Past history would tell us that she would ride the storm. Even when this first came out, we were told repeatedly by Spanish people that corruption is endemic and that this will not shift, and she will not resign. She held on for 36 days and then resigned. A small sign of a shift.

4) A case has just been closed relating to 5 men who repeatedly raped a young woman of 18 years of age in Pamplona during the San Fermin festival of 2016 (the ‘bull running’ festival). One of the judges wanted the men acquitted, and the outcome was that this was not rape but sexual abuse – reason being rape has to involve both violence and intimidation!! There has been such a massive public outcry with the streets erupting. The verdict is a disgrace, but something is rising, and (sadly) the redemptive element of this atrocious verdict is that there is a push from the streets for justice.

Gayle wrote to Roger and Sue Mitchell who were with us during some of the above situations:

The streets filled immediately. Particularly Madrid and outside the justice courts. Full of young women, and old, and men declaring the end of this crappy patriarchal system that violates woman. The images very moving.
I thought of the woman Menina statues going out all over MADRID and then real living women out everywhere in the thousands. So moving.
The government is going to re-look at the case due to public pressure. The movement is strong. So alive. So angry and raw. And so going to bring about change.

Prayer releases street movements for justice. Together they bring about change in the powers (heavenly and earthly). In this we rejoice and gather fresh energy.