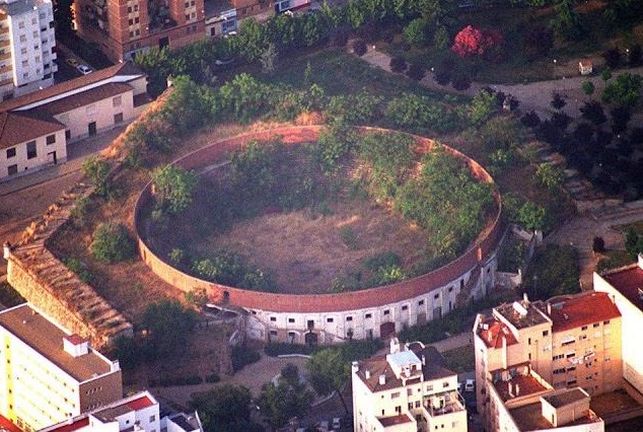 I posted yesterday the apology toward the native (north) American nations which prompted a great comment / question from Nigel regarding national repentance and forgiveness. He wrote:

At what point is the issue considered dealt with?
With personal issues,
apology + forgiveness = closure
With nations though, does each successive generation need to re-repent? I’m thinking maybe of Germany and the Jewish people here. My cautious first answer would be no as generational guilt is not a good thing.
Also, within a repentant generation, what proportion need to be truly repentant of the issues? Leadership repentance on behalf of the nation is valuable but if the nation itself doesn’t see the issue…..

I am glad Nigel asked my perspective – I can give that but the definitive answer? I don’t think so. Let me start by acknowledging that the approach to apology / identificational repentance (from now on IR) is diverse among theologians. Indeed the weight of opinion is probably against it as being something valid in the sense of shifting anything spiritually. At best it might be seen as accomplishing something psychologically, rather than actually dealing with anything substantial. A Western individualistic mindset does not lend itself to validating IR. ‘I was not there…, I did not steal the land…’ Biblically quoting verses that suggest God will not hold the children to account for the sins of the fathers also are thrown in, along with the ‘where in the NT do we find this?’ Under that weight the answer is easy – OK do it if you wish but there is no need to answer the questions as there is nothing objective taking place simply something subjective. However, I beg to disagree!!

There are numerous Scriptures along the lines of ‘If you confess your sins and the sins of your antecedents…’ and living examples of, e.g., Daniel or Ezra, making confession of the historic sins of the nation. That seems based on an understanding that each generation is connected to those who have gone before, and that both sin and righteousness are trans-generational, being sown into the land. I find no convincing way to understand the baptism of Jesus in any different light. He confesses sin – otherwise there is no submitting to John’s baptism, and he confessed the sin of the people as if it were his own, thus fulfilling what had been lacking – all righteousness. He does this at the key point – the geographical point of entry to the land, at a key time, when there is the hope of the end of exile (NT Wright et al., linking exile and forgiveness of sins). His repentance there is the carrying of sin, which he carries to the cross. He is crucified for Israel as the ultimate suffering servant, and thus for the sins of the world. So I do not see the cross as bearing the anger of God, but wrath (if you like) in the sense of the consequences of sin. The cross is the point of reconciliation because it is the ultimate point of God’s identification with humanity.

Jesus work is then finished. The work the Father gave him to do. His work is not finished though. The body of Christ carries on the work of Jesus. ‘All that Jesus began to do and to teach…’ ‘I complete what is lacking in the afflictions of Christ…’ kind of Scriptures are what I appeal to there, as well as the close identification of Jesus and the body – ‘Saul, Saul, why are you persecuting me?’ This shapes my eschatology that the end cannot come until the body has completed her task of providing the materials for the age to come (silver, gold, precious stones of 1 Corinthians and Revelation).

So my convictions are rooted in what is here today is the result of what was sown yesterday. Where that is sin – betrayals, illegal moving of boundaries, bloodshed, tower of Babel pride etc. – it will be dealt with through repentance. If that is accepted, the inevitable questions arise such as ‘how much repentance?’, ‘who is involved?’ and the like.

1. Body of Christ has the primary responsibility for the health of the world. Change is not from no. 10 etc, but a movement has to be present in the church. That essentially means a different flow of life. These are the huge challenges when living in the world, but not being of it. Those working in the economic world, for example, have a huge task of working out how to truly be Christian. Negatively I suspect that when the believers predominantly live from the same spirit that their contribution to bondage is even greater than that of non-believers.

2. We own not our own sins alone but the sins of the community, or whatever part of it we can identify with. Jesus had the calling and capacity to identify with the sins of the world… in the big scheme of things the body of Christ maybe can and should do the same corporately.

3. Confession is connected to conviction. I have a conviction that the Crusades, the Inquisition, Christendom, conversion of the heathen by any level of force and that whole gamut to be anti-Christian. I appreciate there are others who hold to the view that those who fought to protect ‘the faith’ view it differently. On that we are on complete opposite ends of the spectrum. All I can do is follow my convictions… so on Spain and the Reconquista, Gayle and I have to take responsibility for what took place. What was done in the name of Jesus implicates us. The repentance has to begin with us, not in some superior way that we would not have done that. The same sins are in us, and as I have repeatedly written in many posts, the sin of dehumanisation is ultimately a denial at some level of the Incarnation – and that spirit John says is the spirit of antiChrist.

4. God looks for someone to stand in the gap. He can work with a ‘someone’. The ‘someones’ are often not the right people. They are from the ‘not many mighty, not many noble’ kind of people. It seems that is all God needs to get something moving. If it is done from conviction, and that has to go beyond the level of simply doing research then ticking the boxes as each thing is dealt with, then there seems to be a real shift. That shift seems to (often / always?) release a greater level of awareness and others get on board to make apology / repent. Often ending with governmental representatives making apology and reparations put in place.

5. I do not think this has to be repeated generation upon generation. Sin can be dealt with – or maybe better in the context I am writing about, the effects of sin can be dealt with. Hence I do believe without dealing with the root issues of the Reconquista that no wall or foreign policy can keep Spain free from future terrorist attacks. As I wrote a couple of posts ago, my expectation would be this year or next. If we take responsibility, with the full expectation, that many have already done much more before us, we can see a shift here in Spain, and in such manifestations as Dayesh. I have the firm conviction that the roots of a militant Islam lie within Christendom.

6. I do see IR as coming to a place where it does not need to be repeated. Same as at a personal level. My sin is dealt with, but it is at times not unhelpful to soberly revisit the effect of my sin. I consider this to be the situation in Germany. Her sin is forgiven, but a sober revisiting of the Holocaust is necessary to live differently in the light of the forgiveness.

7. The percentage who repent? An unrepentant church would for me be the largest presenting problem. And that raises the tough issue of when is a brother / sister no longer a brother or sister. Jesus makes it plain that when we show hatred we are of our father, the devil, who is murderer from the beginning. I cannot answer easily for those who have a conviction (from Scripture) about the death penalty, or what I would consider excessive military response. I have to live with my convictions, but my concern is that such ‘biblical’ convictions are causing us enormous issues. My priority is not to judge but to respond to God and therefore live with a measure of personal integrity. As Jesus said to Peter concerning a fellow disciple, ‘what has that got to do with you?’

A very clear and clean apology to the first-nation peoples of the north America.