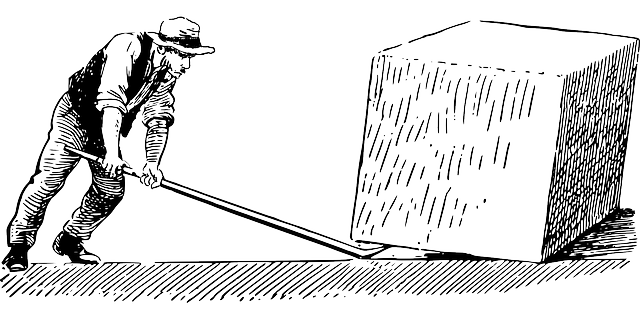 OK if someone else had said that about my theology I would really take exception to it as it is ever so hard for me to think when I have been in any way quirky… and to imagine that I have ever got something wrong? But as I have put the title up there myself I must find a way of being happy with it and justifying that quirky does not mean wrong! OK one meaningless paragraph is probably enough per post so moving on quickly…

There are some quirks of practice in Scripture that really stretches theological understanding. Such as Jacob and his streaky wood seemingly determining the outcome of the DNA of the animals born. Just strange, yet that action provoked me to do something (a little more sensible) and it opened up some new relationships almost immediately. So my suggestion for today is that:

I could give many examples of this but will restrict myself to one. Before that a couple of biblical backdrops. Jesus entering the wilderness for 40 days is essentially a re-visiting of the 40 years of the people in the desert. His meditations are from the Scriptures related to that period of time. This illustrates the immense leverage effect: 40 days to undo 40 years. Ezekiel is both instructed to build a model and then to lie down a day for each year of corporate sin:

After you have finished this, lie down again, this time on your right side, and bear the sin of the people of Judah. I have assigned you 40 days, a day for each year (Ezek. 4:4-7).

It is not unusual for prophetic intercession to involve symbolism. In Scripture symbolism accomplishes two things:

OK the example. Toward the end of 2013 I ruptured a disc in my back, resulting in a significant loss of mobility and pain, the most focused and extreme of which was in my right ankle. We tackled the issue in prayer and before long began to sense that the physical issue was in part a reflection of what needed re-alignment in Spain. We also then began to pray for a re-alignment of the spine of Spain. This went on in this way for the next 2 months, without too much of a shift in my lower back issue. Then in the following month I woke with a waking vision (these seem very important and are easy to miss) of a man lying on his back across Spain. I printed off a map from google maps and drew the man on the map where I saw him lying. I was shocked – his right ankle was exactly over where we were living, the problem disc was exactly over Madrid. There were many other key aspects such as where his head was (the place where new thinking was to come from), where his right and left arms were placed. We have acted on the vision and travelled to those places.

The vision gave insight beyond straightening the spine of the nation. The source of pain was from the centre, the pain might be found in the extremities but the change had to take place in the centre. This has further fuelled our move to Madrid and prayers for the judiciary and politics (in particular).

We then could notice the parallels between my physical experience and the shape of the land. For example, the moment (and I mean moment) that the Madrid central government announced that the referendum in Cataluña was illegal my back went out once again – I was not moving but simply sitting upright in a chair at the time. Freaky… quirky theology!

This battle continued until… I hesitate to write this as ‘solutions’ often become laws rather than ‘we heard God and did this in response’. This is one of our challenges with Scripture. Do we walk 7 times round an area because we heard God or because we know the Jericho story? Anyway hesitation over. We understood there was now a time for a change. My back no longer to mirror Spain, but Spain my back. That is the leverage point in these symbolic (signorific) scenarios. How do you change the alignment in something larger? God will give a leverage point close to home.

I also did one more thing. I had a compass tattooed on my back over the disc that was the problem (Madrid) and an arrow on my spine saying ‘true north’. (To lose one’s way in Spanish is ‘perdir el norte’ – to lose north.) Does that make a difference? Well if Jacob can use wood artistically I am up for a little quirk here and there.

My encouragement then is not to try to see everything as a sign, but to be open to that possibility. If it is a sign seek to go for both issues – the personal and the corporate that you are connected to. And if you get neither breakthrough all alignment to heaven has value, not simply when we get the outcome we are looking for. And in those kind of alignments the leverage effect shifts more than we realise.

One thought on “Quirky Theology”