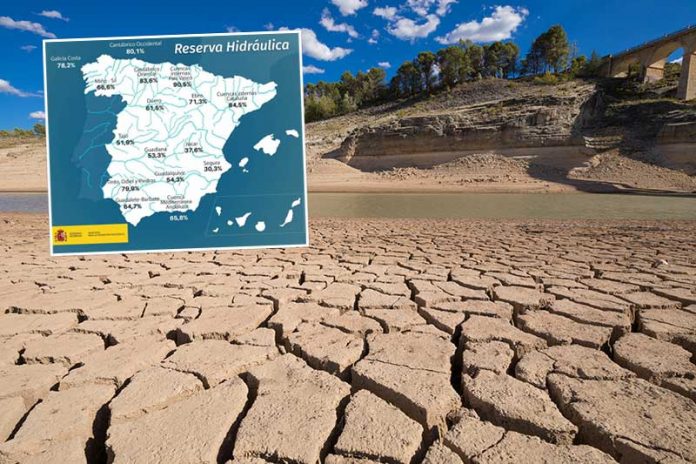 With all my great abilities (!!!), or with a mediocre level of ability, I have over many years been involved in helping teach on courses that seek to equip people. Most of that was aimed toward helping people be more effective in evangelism or in taking responsibility within the (local) church. I have always enjoyed that and think a few people have also benefited. Thankfully this has not just involved helping develop skills but also in highlighting life issues and attitudes as being vital.

In this current stream of posts, writing about ekklesia it seems to me that there has to be a shift to helping equip people to serve the ekklesia, the body of people called to enable the world to find her right alignment. This is not to negate the need for all of us to be better equipped to share our faith or to hone pastoral and other skills, but once we consider that the setting for our faith to be outworked is the world, any element of training will be differently focused. Probably one aspect that will develop in these coming years will be networks of training that are not simply focused as previously, but on the implications of the ekklesia in the world. This is certainly one aspect we see for Spain.

Training people for ekklesia! That opens a wide scope and is so challenging. Many of the practical skills will be honed in the traditional settings, and in – sorry for the language as it is desperately shorthand – secular settings. But surely a commitment to Jesus should mean there are specifically Christian aspects to be developed.

We sat yesterday in an hour’s political gathering that had a focus on the environment. Two contributions stood out. One speaker named those who are (or were) prominently involved in politics within Spain and who are directors of, or financed by, the energy sector (gas, oil, electricity etc). The extent of the list was mind-blowing. Into a debate on climate change one realised just how ‘bought’ are the policy makers. Even where such politicians are not involved so much of their financial support comes from those sectors. (An aside – the reason we perceive that no coalition could be formed here in Spain and we are headed back to the electorate is that the banks stated directly who they would accept. This was both undeliverable and blocked all obvious other coalitions.) The speaker went on to say that democracy’s voice has to temper the economic world, or if not then that (economic) world will temper the voice of democracy, indeed it will all-but silence that voice. The other speaker that made an impact on me said in all the push for change in this crisis area of climate that if we ever resort to violence and move away from love that the means will never achieve the desired end, indeed it will block the path to the desired outcome.

I was deeply moved with the insights. (Interestingly as we sat there, listening and praying, we both saw behind one of the speakers an angel with him. This person is soft in heart, has been grossly maligned and professes to be an atheist… challenging paradigms, but we have to discover afresh who God is standing behind.) Those insights were so right on… and the challenge is that anyone following Jesus should be able to give those perspectives. Challenging as it leaves one thinking maybe there is no need for the ekklesia, with the voice of Jesus being so clearly heard… Or the bigger challenge of how different would a follower of Jesus be in those settings? We might have to learn some new language but as carriers of heaven there has to be something unique. The need is there to help followers of Jesus understand that they do carry something different, something beyond street-level enhanced wisdom. Equipping carriers of heaven to be an effective part of ekklesia.

We have to move beyond some old discussions. There are crises on almost all sides, with thankfully the climate crisis getting some front page space. We might as believers have been known for being pro-life, sometimes known for campaigning outside clinics, but the climate issue? To be pro-life is to look to the future so we cannot ignore it. To ignore it and claim to be pro-life seems every so empty. We drove to Madrid a few days ago and to see in spite of the levels of rain a few weeks ago that in October the land is parched (hence photo of Spain’s crisis attached to this post). Water, water everywhere (climate change flooding)… but increasingly for more people, but not a drop to drink.

Gayle and I are full of (self-examining) questions at this time. We are no experts. Here are a few of our musings (OK our confusions):

Where does change come from?

We are opposed to the idea that as the top 3% influence society so we need Christian people to get to the top of the mountain. Yet we carry some written words for those in the public eye who we believe God has placed there. Are we also believing the top 3% are the ones to be addressed?

We try to approach this with, the person who gives a cup of cold water is key to change the world. Change takes place through the smallest of acts. Yet there are those with influence for change, but if they seek to impose change top-down and do not flow from love they will not have contributed redemptively to the future. It is not simply structural change that is needed but a heart shift.

The early ekklesia is a challenge. Not many important, wealthy, wise etc. And chosen not to become the wealthy and wise but to bring to nothing that which is. (Now where did I put that Bible that told me my faith was a private thing that I can keep locked up in the world of my own spirituality. Better find it quick as the one I have now is causing me a lot of trouble.)

Are we too embedded in the system?

How does one look to see a shift in the economics of this world? Can it be done by buying in to the safety net of what do we do when we retire? Does wisdom (dependence on pension schemes) mean we are simply filled with hot air? In the scheme of white middle class we are not well set up, and having made the choices we have made our joint incomes are now 1/4 of what they were before our move to continental Europe… But in the big world of 7+billion we are maybe totally guilty as charged. Following Jesus is not a hobby, nor are prayers for global shifts ever without personal implication, yet I suspect that many current disciples are contributing to a future of greater inequalities as they put away their monthly contribution and are going to leave their offspring some serious resources. I don’t know if that is wisdom or building on sand. What we do know is we cannot answer for others, that we live in a world that is not clean… but we have to make sure that our actions, plans, hopes and securities line up with our prayers.

Are we contributing members of the ekklesia?

Are we effective, the measurement of which is not to be made by who we are but what happens around us. Life for the NT believer was measured by the presence of the life of the Risen Lord who became a ‘life-giving Spirit’. Life by NT definitions is measured by what happens through us. Is Spain different because we live here? One can have a house but a home in a place is very different. A home is a place where God is present and when s/he is present there are some very clear evidences.

Have we been able to make space for others to rise? We have certainly seen too many aspects go in the wrong direction to pat ourselves on the back too much!

Being an effective part of the body of Christ will make a difference to the world we live in. We seek to do that as we did yesterday, sit and pray. It is unlikely that an atheist is going to shift the spiritual powers that need curtailing, so at least we can do that for someone like him, who is better trained than we are and talks hope for the future. Then there is that family who we gave keys to our apartment so they can use it when they wish. If we want keys to Spain surely the least we can do is give them keys to here? Or is this to be our private property… in a land with many crises in housing.

Are we effective in helping those who do follow Jesus align themselves to the call to be witnesses to the Easter event and heralds of the coming parousia? I spent many good years with a focus on helping people align to be effective members of the local expression, and to evangelise so that expression might grow. But the future has to be increasingly provoking people to be witnesses so that the presence of Jesus might increase within the world. For all of us we will need to respond to the challenge of enabling people align to ekklesia, that body of people who self-consciously have taken on responsibility for the future of the world.

I just hope our musings / confusions, along with a few faltering steps, as we have tried to self-consciously align to ekklesia is taking some responsibility for the future of the world.

One thought on “Equipped to serve…”