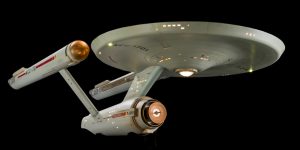 Changes, changes, changes. Who can predict the future? Post Brexit referendum the jury is still out as to what that all means. Gibraltar the clearest ‘remain’ vote (could this be down to vested interest?!!) and yet one of the biggest financial contributions to the leave vote campaign came from there. How will a year-old party shape up in France? Across the pond what is happening?

Dependent on the glasses one wears and therefore how we see the world I guess we could be anxious wanting to go back to some safe boundaries (for safe read yesterday and status quo) or we can see opportunities in the space that is opening up. I lean heavily to the latter. From a theological perspective I do so as my eschatology does not have space for a future antiChrist, but consists of an open future that we are challenged to shape in the light of the gospel of freedom; and from an intercessory perspective I see the open space as a result of prayer. Our task is to open space and let it be filled by those of positive vision for the future whether they have faith, as we define it, or not.

In some correspondence today I suggested there are three aspects of society that are essential to shaping the future at this time. I do not place them in an order of priority but suggest they are:

The arts. Years ago I gave a crazy prophetic declaration that when we learn how to value art the housing market will be re-valued (in many areas that means de-valued). When house prices dictate who can live where, we are not living in a free world. There are also come crazy valuations in the art world, but there are many artists (in the broad sense of that word) who are working with little return. Meanwhile there are those who make money from money… Paul was clear that those who are entitled to eat are the ones who are working, which of course begs the question as to how the word ‘work’ is to be defined biblically. I mentioned above that some spheres have been colonised, and some words certainly have. We have colonised ‘work’ along an ’employed’ / ‘unemployed’ line. Once we remove those terms from a creational context we will have very little left to pull us in a new-creational direction.

Artists are gifted to open our eyes, ears, emotions and imagination to where we could be going. There is a lament contribution that can be made that exposes the right grief about what we have done, but I think now we need more than ever a message of hope. Faith is related to what we hope for, it creates the shape for faith to develop.

The media. We have prayed for a new media. I admire the way that the media continues to push to get stories, even when so much of it has been designated as ‘fake’! The media is not unbiased, and this applies to the media that I like as well as the media that I disagree with. Thank God for social media, although so mixed, it gives access to alternative perspectives, sometimes alternative facts, but even when that is the case these are alternative facts coming from the bottom up rather than imposed from the top down.

A free media is vital. In most of our democratic western nations we struggle to really have a free media. The mainstream newspapers of the UK… the TV channels in Spain… ‘freedom’ is not the first word that could be used to describe them. But we are witnessing the same kind of shift as during the Reformation with the printing press and the release of Scriptures in the ordinary language. Controlling the press cannot and never will be absolute, and I applaud those who are committed to its liberation and doing so at personal cost.

Education. I love history, knowing the story of where we have come from is essential. The wisdom and knowledge that has got us here has great value. Animals seem to learn some aspects through instinct, but we as humans learn this through intentionality. We have the knowledge how to build a car, but imagine if you were the last human alive. I would struggle to put together a cart akin to one from ancient society. The knowledge and gifts are held corporately. We can build a cart, a car, a space rocket. Knowledge has great value in being passed on, but creativity birthed from questioning will take us further. Education is not simply teaching people what to think, it is certainly teaching people how to think, but perhaps its greatest goal is to teach people to question.

Neo-liberalism has all-but destroyed most aspects of the economic and business realms, so much so that there seems even in the Christian world very little radical thinking. Unless we have at the core the deliberate non-maximisation of profits, coupled to a strategic plan to be free from the love of money, and at least a measure of embracing the principle of jubilee there does not seem much hope for a change there. (And if this is not arrested I might well have to change my beliefs about an antiChrist – not because of the Bible but our inability to take the Bible seriously enough…)

So in this little musing coming out of this morning’s correspondence I am suggesting that the three areas of education, media and arts might be at the forefront of setting health care free from the monetary colonisation that is there… and from health care there might even be a shift elsewhere.