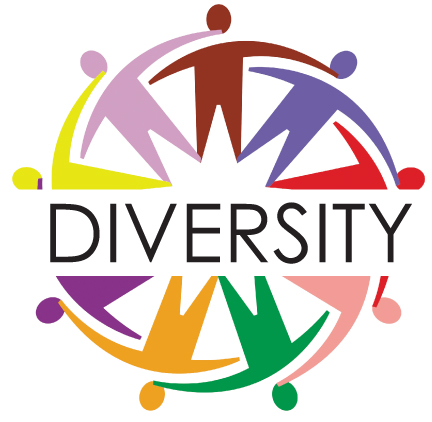 I have been using a phrase over the past two years or so that I want to try and expand here. The phrase is:

The multiplicity of the small and the richness of diversity.

Too often we have looked for the quick solution, hearing news of the latest ‘new thing’ and tried to replicate it where we are. The ‘new thing’, particularly due to our means of communication becomes a center and can be found and often connected to pretty easily. A center of that nature of course administratively is normally tightly run so usually comes with a ready shape to the content, thus a package can be imported.

Those centers have indeed helped open horizons for us, but maybe by default they have helped support the myth of what ‘success’ looks like. (An aside: I am not sure ‘success’ as defined by how we appear is a biblical criterion, I would rather suggest ‘effectiveness’ as a better criterion – and that will be measured much, much later.) If we were to look at the growth of the early church from where it started in Jerusalem we would come up with a figure of around 40% growth per decade. Not staggering growth, but growth that was not simply centered on people coming to faith but on the impact on society to undermine all societal divisions.

God so often grants us what we ask for. Israel asks for a king – he gives them one. (Beware what kind of leaders we wish for as the body of Christ. A strong leader that restores order might just open the door to all kinds of hierarchies and inequalities that we never thought possible. The rise of Hitler in Germany was not exactly because he was damaging the economy nor failing to make Germany feel good about itself again, as he set about reversing what he declared was unjust. For sure, we face this in Europe at this time and the church has to be so careful about simply supporting those who tout ‘traditional values’.) Maybe in response to the many prayers for ‘revival’ he has given us some wonderful ‘big’ new things, maybe though now is the time he wants to give us something deeper and longer lasting? If so it could be along the lines I am suggesting, of the small and the diverse.

Jesus worked hard to distribute, not simply delegate, authority. This seems to be one of the offences that Judas did not deal with, and combined with personal weakness and theological conviction set him on a path of betraying Jesus. The Last Supper, and every Eucharist or meal table since, was an amazing symbolic act of distribution. Jesus gave himself. There was no center to remain as he followed through on his words of ‘better I go away’. His absence will be better! The Holy Spirit from Pentecost onward has marked the same trajectory. The Spirit comes to ‘each’, the Spirit is for ‘you’. There is a distribution of the Presence of God and therefore of authority. This does not negate gifting to serve, but gifting must never practically negate this universal distribution.

Large centers inspire, help shape an atmosphere of faith, but can also draw everything back to that center. It is sad to meet people who have been in those centers at some point, but for whatever reason become disillusioned and then to become adrift in a sea of total uncertainty. In those situations apparently the big center could not help them sustain faith as they navigated the necessary growth environment of doubt. We all have to discover the glory of God that is present in the wilderness if we are to develop, we have to know that the wilderness is not cursed of God, nor the domain of the enemy but the place where miracles are born – for that is there the ‘wild beasts were with Jesus’.

One size does not fit all. If society becomes yet more diverse, culturally and religiously, there will be even a greater need for a greater diversity than ever before. Just as water fills the shape of where it is poured out, so the expression of the distributed life of God has to fill the space where it flows. Gayle and I are very fluid in our situation, but are not critical of other situations that are not fluid. Maybe the context they are in needs much more shape than we are comfortable with. Our conviction is it takes all shapes to release the life of God in the world.

I recently wrote in a newsletter about the need to find true north. That the issue facing the body of Christ is not to find the right shape, but to find the right direction – a direction that will lead the people of heaven to be ‘with’ the world and not simply seeking to do things ‘for’ (or worse still ‘to’) the world.

I look for a future that will be diverse. In diversity comes incredible richness. I look for the future to be the multiplicity of the small. The brave seem to me to be able to point the way to this possibility. Multiplicity and richness – centered on Jesus. Seems to flow from setting the compass to true north.

4 thoughts on “Small and diverse”