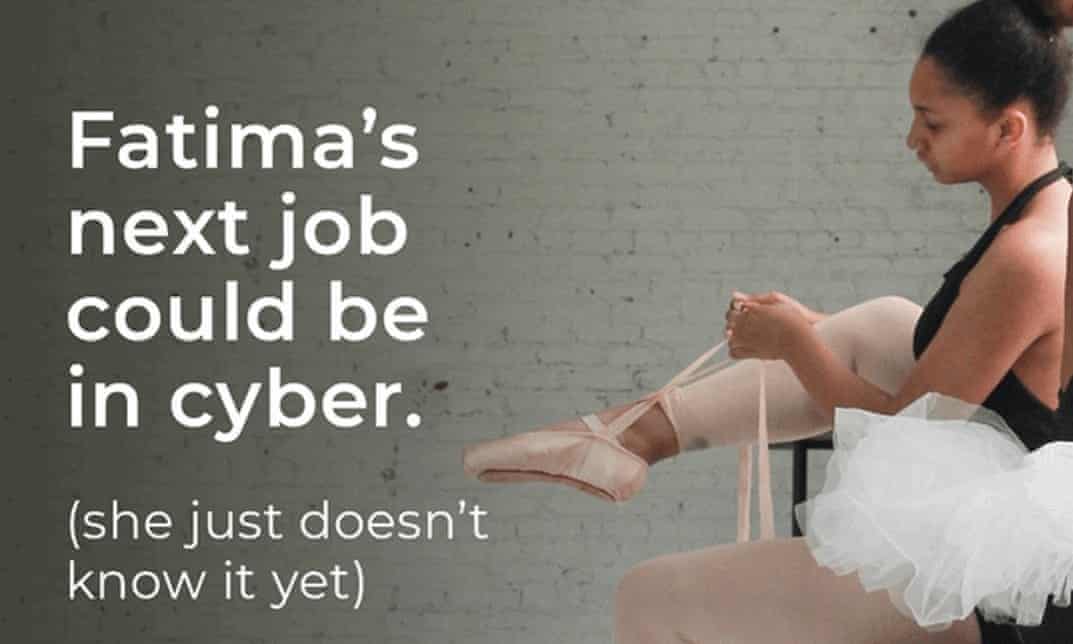 Fatima (in the image above) apparently needs to re-boot (literally). Little does she realise that the ballerina shoes probably need to come off, and she needs to find a career that has much more value! Following Rishi Sunak’s (Chancellor of the Exchequer in the UK) advice that those in the arts should consider new careers, together with a helpful site that once the questions are answered comes back with the ideal career to re-train for, apparently suggested to Dame Judy Dench that she could switch careers and enter the scaffolding business!

Lest I be accused of being the conveyor of ‘fake news’, I am aware the UK government has backtracked on the adverts, and… and… BUT in a time of genuine reboot for society it is interesting that there has already been concerted attempts over the past 3-5 years against the media; and post attacks on the media there will always be a focus on other areas. Of course there is such a thing as ‘fake news’ but whenever the news challenges the status quo ruling party not all of it can nor should be written off as ‘fake’. That is something we have been able to, previously, label against the suppressed media in communist lands, and now I am not surprised that there is a weakening of the value of the arts. The arts are VITAL for the re-imagining of the future.

In the coming year I have been informed that China will move forward one year, but the West (centred in USA and Europe) will move back 6. In one year a 7 year gap will appear. This is all part of the move that is from West to East and North to South, a global rebalancing (necessary)… and a global unbalancing (beyond challenging) at the same time. Meanwhile there is a focus on issues such as law and order in parts of the West. The situation, as I see it, is that there are huge flaws being exposed. When the same news network that espouses family values, came to the UK with a policy of shifting the working class mindset toward the political right the policy adopted was anything but family! Thankfully society is not so corrupt that eventually a cry rose up about the daily image on page 3. (For those outside the UK, sadly making the reference above explicit, a topless scantily dressed young woman.)

A media that is controlled – and that begins by labelling what is not favourable as ‘false’; rhetoric from the centre that does not challenge violence will only result in violence on the streets (militia) some 5-6 years later – witness Ruanda of the 60s or Germany of the 30s; and an arts that is devalued and there is a recipe that will only accelerate the demise of what was good. There are nations with better foundations than others, but even those that claim ‘Christian’ foundations (an oxymoron) had a number who were deists not theists as the shapers of the foundations. There are major exposures of foundations at this time… To silence the media and to sidetrack the arts, might slow the exposure… but the process is under way.