Delegation… Not always bad, certainly a lot better than holding it all to myself. But sometimes we have to go beyond delegation and then the dangers arise, for we enter the world of ‘oh no I have lost (quality) control’.

The next day Moses sat as judge for the people, while the people stood around him from morning until evening. When Moses’ father-in-law saw all that he was doing for the people, he said, “What is this that you are doing for the people? Why do you sit alone, while all the people stand around you from morning until evening?”… Moses’ father-in-law said to him, “What you are doing is not good. You will surely wear yourself out… You should also look for able men among all the people, men who fear God, are trustworthy, and hate dishonest gain; set such men over them as officers over thousands, hundreds, fifties and tens… Let them sit as judges for the people at all times; let them bring every important case to you, but decide every minor case themselves. So it will be easier for you, and they will bear the burden with you. If you do this, and God so commands you, then you will be able to endure, and all these people will go to their home in peace.” (Exod. 18:13-26).

Delegated authority, and a component part of many organisations, understandably so.

Jethro’s advice comes from someone who is outside the community that has travelled and is pre-New Testament. Maybe the New Testament takes it a level further, beyond delegated authority to distributed authority?

‘All authority’ was given to Jesus and that authority is at a very serious level distributed to those who ‘go’. Distributed with all the possibilities of it being abused (the post before this one).

At the ‘last supper’ Jesus distributed the bread and wine as a symbol (sign – contains / draws the reality it points to into the situation) and invited all to take. There is an implication in it that the answer to where now is Jesus has to be wherever anyone who took that bread and wine has gone. There was a distribution of authority from Jesus to the community. Surely that is behind the ‘whose sins you forgive will be forgiven’ (Jn. 20:23). Strange that that is a Scripture that is harder to swallow while ‘touch not the Lord’s anointed’ is fairly easy to quote.

On the day of Pentecost (a ‘new’ creation day, complete with day, wind, sound, speech) the Spirit comes to all equally at the same time. There was no order of gift (first Peter, on this rock) and then he could pass the Spirit on to some others who passed the Spirit on… The tongues of fire were distributed to one and all equally. [And a challenging day, for they spoke, presumably to speak into the chaos rather than create a whole lot more chaos?]

If I just take a little aside to at least put out there my wisdom that I could offer at this point to the God of all creation. Delegation would work better. Check out how we behave, take it back if the behaviour is bad, hire and fire, make sure it all matches up to the standard required. And I offer a humble observation we might not have created the mess we have.

However, God seems to work through distribution much more than delegation. S/he goes where we go; the abuse tarnishes his / her character. (Pronouns do I use a plural? Maybe OK if our Trinitarianism is close to Tritheism… not settled on this yet.)

Distributed authority can always be misused; it also leaves an awesome responsibility with us. God will go where I go, standing behind what I do and say. I can evangelise but fail to witness, fail to testify to who God is. I can say – don’t look at me look at Jesus; Paul said follow me as I follow Jesus (and by implication, at least my implication, and kick me up the proverbial where I do not).

Ownership does not stack up. In the New Testament there were no streams, the apostles / apostolic teams did not own churches. There might have been relational priorities, but no ownership. The apostolic distributed what had been granted to them, and in that distribution they declared that all ministries were ‘servants’ of the body; they belonged to the body, not vice-versa.

In this next messy phase (and very aware of this in this season between 12/12 and 21/12 for personal reasons) apostles rising who will be faceless, working in… God knows where! Not owning, many not visible, but a trademark will be much more distribution than delegation. Delegation produces what can be replicated and predicted. Distribution what can be multiplied, and even like a virus mutate (for good and bad) and is certainly less predictable.

2022 beckons. Something is bubbling! 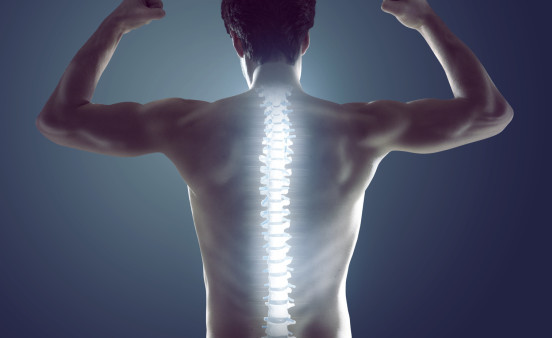 When in the UK in December I was carrying this sense that there was an increase of apostolic authority to bring a new level of alignment. This was in particular related to England, and coming to Leicester (midlands) it seemed very appropriate for that geography but applicable wider. I was aware that King Richard’s body had been found there but do not think I knew that the confirmation that it was his skeleton was in part because he had a crooked spine.

Prior to coming across I had a dream just after setting the various dates and places. In it I was present in a Christian gathering and there were some great things taking place. People touched by God, healings etc. There was a very clear voice and the people present were focused and in harmony. A person then explained to me that these great things were taking place because of the unity of purpose. I had already observed two things: 1) that the clarity of voice was coming from one person and there was a great agreement with that voice, and 2) that when I looked out the people were of similar ethnic and class background. There was a uniformity to them.

These two elements disturbed me so I took time to respond to what I was being told saying that the voice of God is as the sound of many waters. It does not come through one language or one culture. If God can speak through a donkey he can certainly speak through a white middle class male. But the fullness of his voice has to come through the diversity, and such diversity will mean that we might not even be able to hear clearly!

Miracles do not attest a person’s authenticity. Paul does say the signs of an apostle were with him and he included miracles as part of the evidence. But by themselves they are not enough. After all Jesus made it clear that there would be those claiming to have done miracles in his name but that they were unknown to him.

The spine and the dream?

A healthy spine is not simply straight but also flexible. It is aligned but allows for movement; it facilitates multi-directional communication.

An apostolic gift must have patience as its context (2 Cor. 12:12) as it seeks to be aligned with the Gospel. Paul exhibited this as he described himself as one called to be an apostle and eschewed the title ‘apostle’. (A title would have given him authority over, the calling a mission to be accountable to.) He was not disobedient to the calling and made himself accountable to heaven for his work. He was aligned personally – he had his ‘true north’ set. If there is to be an increase of apostolic authority then it has to start with right alignment. If those with apostolic gift are not rightly aligned how can they help align the body of Christ. I am not professing to know what this might be but surely at the centre is the commitment to the spiritual and social transformation of the world (let your kingdom come). If there is that alignment in the apostolic then there can be a legitimate voice coming to the body of Christ to align in this way.

A focus on other aspects will be a deviation from true north. All other directions have to flow from that. A straight spine! But a flexible spine that allows and facilitates movement in such a diversity of directions. This is where the multi- and diverse-language voices have to be heard. It is not the voice of the donkey, nor of the white middle class male, but of the multitude who are finding their direction in the light of the true north setting.

If there is to be an increase of apostolic authority that manifest in the UK / England great patience will be needed. A settling for the one voice speaks for all will not be sufficient, and even if miracles manifest there will be a falling short. The diversity might even be somewhat confusing, but the greater fullness can only come that way.

The above thoughts too I believe are totally relevant to a new Europe. The new Europe has to be made up of all of us who are now arriving. We all – those of us who have been established for some time in this context – and those who are more recent on the scene, all have to see ourselves as arriving to shape something new. The Brexit is to do with the reshaping of Europe. The UK (England?) has a huge contribution to make into this context. The gift has to be that of diversity. If a nation can only go where the body of Christ goes then I consider the apostolic increase is needed right now. If not then we are in for a very traumatic future. If it does there is also great trauma ahead, but a pathway through.