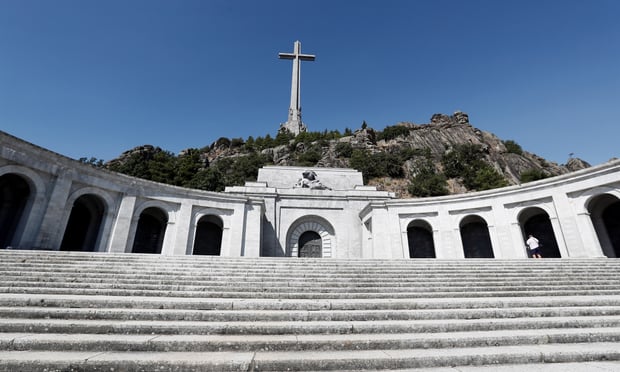 Friday the Spanish parliament passed a very important vote to exhume Franco’s body from the Valley of the Fallen. (For the objection to this for example: The Guardian.) In 2015 we prayed with Roger and Sue Mitchell at the Valley of the Fallen at at his tomb. Thursday this week past Gayle and I went to the house where he was born. We had believed there still was unfinished business… and Friday the vote!

We have realised of late that in a number of issues that we have given a good push to that we have to finish them, the ‘finishing straight’ can hold the biggest resistance. Tomorrow we will be in Madrid to put a push in prayer behind the move.

We have looked for this year to bring a few things through to a completion. The constitution was signed at the end of 1978 – 40 years ago. Although it was a remarkable constitution to move Spain to democracy, it also needs to be loosened up. At the end of Franco he proclaimed that ‘all things are tied up, well tied up’. So… A time to untie we think.

These past 2 weeks we have been off road – without electricity, only very occasional internet. So getting home (Thursday?) will be great, but also the slow process of working through emails. For those who have written and there has been no reply… either an apology or the gift of patience!!

I will probably put up in a few days some reflections. Particularly with reference to Burgos and to Ferrol. Two major cities that we spent time in.

We have travelled exclusively in the north of Spain. It is our break, but also to get our feet in the land, hence the off road camping. We are also in the process of getting sight on the next 30 years… Might not have another 30 years, but there are those who died in faith whose voice still speaks, and maybe there are those who are alive whose voice does not speak any more. So seems faith is important.