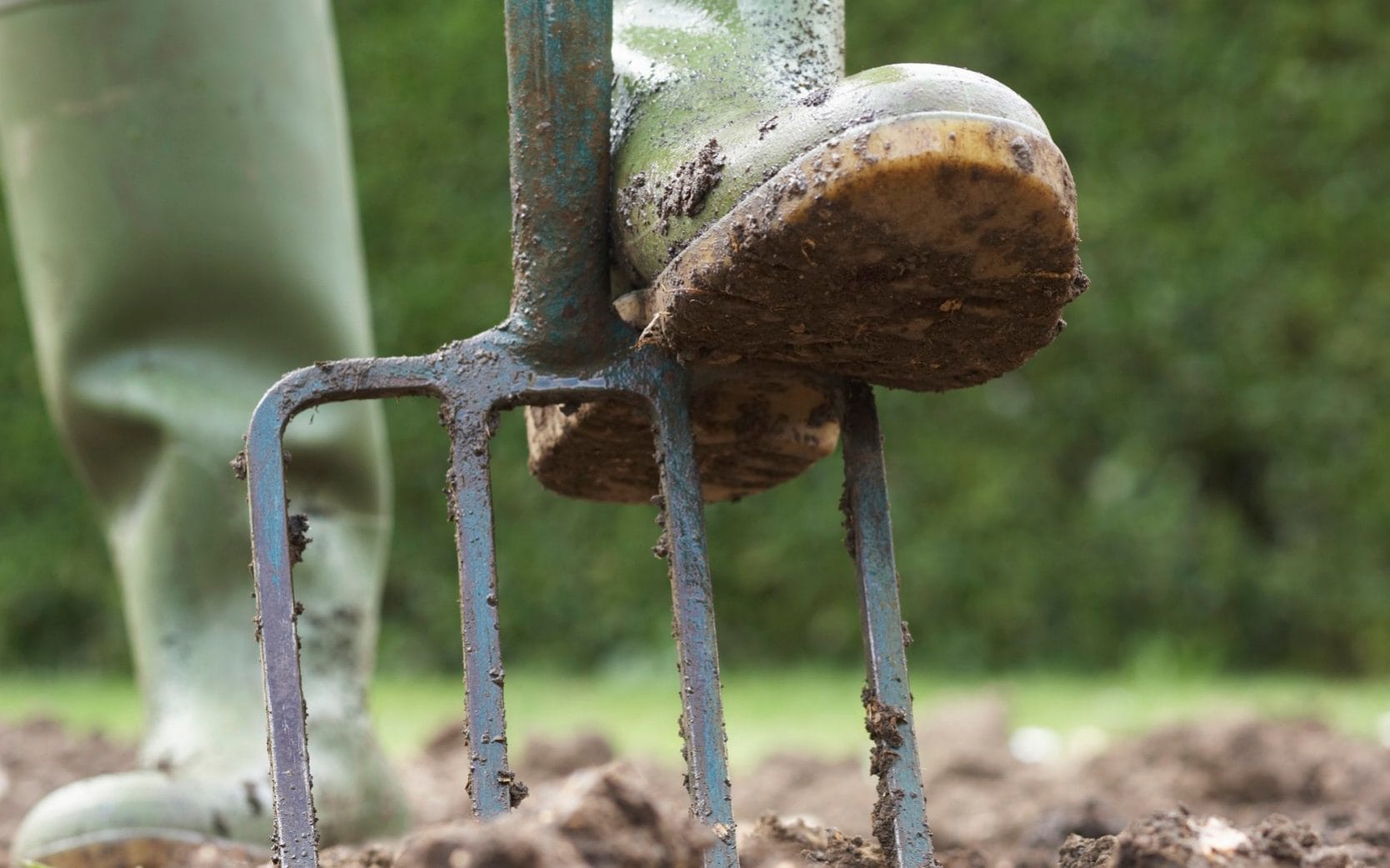 With this post I finish the material we sought to share in Brazil and the earlier part will also summarise some of what I have already written about. Hope it is not too long to read right through. Tomorrow I will copy a writing from around 150AD – who said I was not a traditionalist?

We are not sure exactly how different the focus ‘up’ to limit hostile powers differs from digging down to the depths as the two have to be related. The spiritual powers gain authority from what has been sown (history affecting geography, down establishes up) and likewise the hostile powers shape what can grow and multiply (up solidifies what is down). They both affect each other. The dimension of digging down though has a very earthy element to it and it is necessary to hear the cry of the land to respond, even if that cry is at times twisted or inarticulate. The response to the cry has to be through us seeing a new way of freedom, proclaiming it and relating to what is around us as far as is possible as if the new way is the reality. This emphasis of digging down coincided with a dream we were sent for our work in Spain about finding the shape that held up false structures. That shape was like an arch and in the dream the person had Gayle said the shape reminded her of a boomerang. The challenge with the boomerang is that one can throw it away and it returns. This has been our experience of late, when we have had a verifiable significant shift witnessed reflected by a news item, but only for it to be replaced by something perhaps even stronger. This pushed us to consider how we need to go deeper.

We consider that this is becoming very necessary in the context that many of us are finding ourselves. We are to be pressing in for a ‘whole new creation’ and at the same time we are experiencing that being challenged as we are in danger of losing the good that has brought us thus far. Democracy is not sacrosanct but the shift to control and silence the voice of the people is a huge danger sign. The use of the term ‘fake news’ does alert us to manipulative elements and biases in news reports, but when it is used now in a popular way so that it becomes a blanket term to silence criticism and control the work of the free press, we should recall that this was one of the ploys of the Nazi movement in the 1930’s with their term ‘Lügenpresse’ (=fake news) to attack journalists who were trying to report the facts.

In the previous post I wrote of Paul’s apostolic message and how we need to get to the starting line with respect to his message. Paul’s summary sentence about the result of the community of God in Christ is very informative when it comes to the shapes that are deep in the land that hold up false structures:

There is neither Jew nor Gentile, neither slave nor free, nor is there male and female, for you are all one in Christ Jesus (Gal. 3:28).

It is this that has pushed us to look again at a deeper level on the issue of gender: neither male and female. Interestingly Paul changes the language from neither… nor to nor… and. A clear reference back to Genesis (God created them, male and female) suggesting that the destiny of humanity is not through going back but forward. We cannot underestimate how deep the gender issue is for the release and fulfilment of God’s future vision. We have to go deeper than simply ‘can a woman teach / have authority’ etc. Thank God for the work done on that to show the reading of Scripture (the ‘difficult texts’) do not need to be read at all in a limiting way. But pressing deeper to something very insidious, to the foundations of patriarchy takes us to another level, and opens up that Scripture is not simply written in a historic context (it is written, for example, pre-science as we know it) but also it is written an underlying patriarchal context – the context of the Fall. Scripture is God’s word to us but contextualised; it is a narrative that means we have to read it in context. If not, there would be a very strong argument to revert back to days of slavery and to defend that position, as did evangelicals at the time, on the basis of the clarity of Scripture. We do not have the right to change Scripture but we are compelled to free Scripture to be the word from God.

Likewise class issues (neither slave nor free) means we have to change how we see people. They cannot be seen according to the labels society put on them. Seeing people according to their destiny also necessitates relating to them in that way. The ‘fear’ narrative dehumanises people and what dehumanises is rooted in the spirit of antiChrist. I consider that perhaps dehumanising even leads to demonising, not simply in the figurative sense of the word, but by releasing demons to their work in that context… and certainly those who dehumanise open themselves up to demonic blindness and oppression, for there is in some measure an alignment with the spirit of antiChrist in the dehumanising response. More is being required of us, and given the wonderful outpourings of the Spirit and the release of gifts within the body this should not surprise us. The level is going up and so we are to go deeper, and our prayers for the glory of God to be revealed means how we relate to the ‘other’ will determine the level of glory seen. When glory comes it will come full of grace and truth with the evidence it has been manifest will be that the person we are relating will find their head has been lifted up (‘You are my glory and the lifter of my head’).

There still is something very deep to be worked through on Paul (a Jew) who says ‘neither Jew nor Gentile’ both in the specific context of how Israel is viewed and related to and the wider issue of nations and borders. We must always hold out, as Paul did, for those who are Jew by race to come to true faith. He saw that coming through a jealousy of what was taking place in the body of Christ. Jealousy is the fear or realisation that one is losing one’s place. Is there sufficient evidence that the church is marked by the presence of God? That is the pathway: through provoking jealousy to salvation, and so ‘in this way all Israel will be saved’ (καὶ οὕτως – ‘in this way’, not a temporal clause as sometimes translated ‘and then’, thus Paul is looking for a continual process not a one off end time event). ‘All Israel’ of course is a challenging phrase, but we have to remember that the debate in Israel was who was Israel, and it was defined by those who had true faith not had proven genealogy. How many of genealogical Israel can be part of ‘all Israel’ was a burden for Paul so he worked hard among the Gentiles to be an answer to his own burden.

A blanket support for Israel will I think blind us. After all they were not to be a nation as the other nations were, and so maybe we should be careful in simply wanting to help them become that. We should anticipate some very creative ways for the borders for the peoples being resolved there. And I consider that the body of Christ should be at the forefront of praying and working for those creative, reconciling paths. (I am aware that life in and or Israel is not easy with many who wish their annihilation. I am not suggesting an easy solution. If ever there is a geography that needs deep digging then that land is the place.)

Beyond Israel and the Gentiles though lie something for most of us much closer to hand. The deep nationalism that many of us have been taught to embrace has to give way to understanding the unity of all humanity. We are all from one source and within that God has given boundaries and times for the peoples to live:

From one person he made all the nations, that they should inhabit the whole earth; and he marked out their appointed times in history and the boundaries of their lands. God did this so that they would seek him and perhaps reach out for him and find him, though he is not far from any one of us. (Acts 17: 26,27).

Yes there are boundaries but they are not fixed for all time. They are fluid and are the place where angels are often encountered in Scripture. We are living at a fluid time in history, perhaps the time of greatest change. A time when many people can find God, and find him in a new geography. We cannot simply respond with fear to what we see nor with an appeal to sovereignty lest we find ourselves opposing what God is at work doing. The challenge is when God is at work there is also a great presence of the demonic seeking to pervert and suffocate what God is doing. There are no easy answers to the many challenging global and national crises but we have to be careful as the body of Christ that we do not fall quickly into the trap of finding the quick solution. If we lift our eyes we see him, then we see others in the context of a new world.

The body of Christ… What a call. Thank God there is variety within the body, but there also has to be an increasing connection to the world beyond. This leads me to the final aspect we shared:

We are not to resort to God is in control

I overstate things somewhat but in order to bring in a corrective perspective. We sing God is sovereign, but he gave that responsibility to us. He reigns in the heavens and one day his reign will be complete throughout all creation. The question is how is that accomplished? We can consider the commission in the Garden and from that understand that the responsibility was given to humanity. God was freely available for review and advice at the end of each phase of work – he came in the evening time. That commission came to rest on Israel’s shoulders, to be a light to the nations, and a priest before God on their behalf. At the fullness of time, the time of great darkness, the Light came into the world and the darkness could not overpower it. He, as the Second Adam, showed us the pathway, with the disciples saying ‘what manner of human is this?’. Raised as the eschatological human he becomes something for the body. Having gone down to the deepest place and risen to the highest place he filled all things.

The world is not out of control and God is deeply involved, but the key issue is that there is a major role for the body of Christ. Stewards taking responsibility. Maybe one day people will say, ‘we did not recognise you we thought you were the Gardeners working to restore all things.’ We await the parousia for the fullness of that, but can live now as a prophetic sign that is visibly pointing to that great day.

3 thoughts on “Digging down”