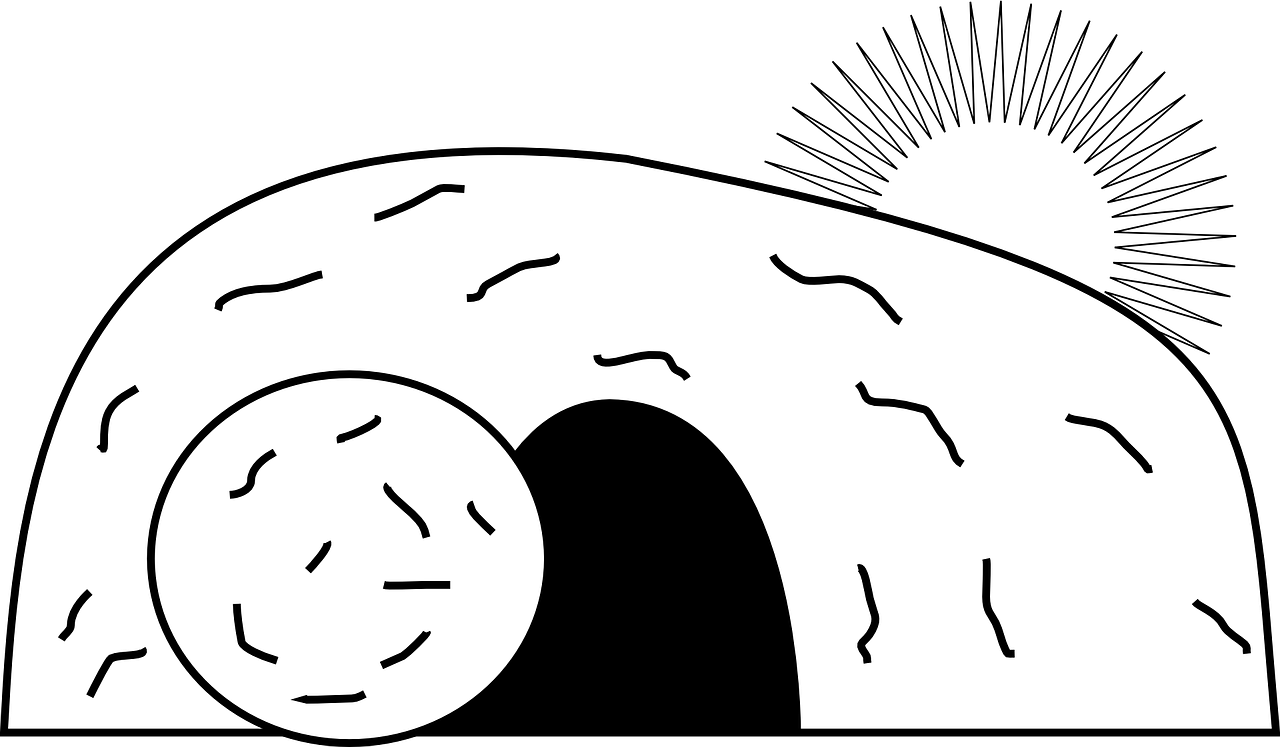 ‘Saturday’ is a little imposed on the biblical narrative, as is Sunday (resurrection) morning with the day beginning and ending differently than in our Western setups, yet I hope the language is understood. There is considerable debate as to what happened between death and resurrection – did he visit ‘hell’ to preach and to whom? What we do know is that burial was an important part of the Gospel proclamation.

The inbetween time waiting for God to act marks this time. On the third day raised:

who through the Spirit of holiness was appointed the Son of God in power by his resurrection from the dead: Jesus Christ our Lord (Rom. 1:4).

The resurrection inaugurated a whole new beginning, both setting the whole of creation back on track, and on a new track to the future. Nothing can be compared to that. The birth of a whole new world… and yet that new world still awaits the future, but along the way there are birth pangs that point to her arrival, and there is always a call for the people who have received the firstfruits of that era to both be signposts to that future and guides along the way.

It would be shallow to compare the lockdown that many are experiencing globally to the ‘inbetween day’ of Easter, so I will not go there. I simply want to suggest that the ultimate pattern of Easter is the source of our hope.

We will ride the storm of the coronavirus. There will be inevitable flare ups in the autumn / Fall season, but generally the globe will survive and the virus can be spoken of as a past event, but… this shutdown is not limited to a Saturday nor to the early/mid months of 2020. And let me change the language of ‘shutdown’ for a mo – this time of preparation, of ‘re-set’. We have just over 2 years of ‘re-set’. For I consider a far greater crisis will be here in 2022, not a virus but a combination of events / circumstances that together will present our world with a crisis of significant proportions.

There are three words interlocked in Scripture:

The path (time) to glory is pain! How we respond en route is the challenge. The resurrection is the demonstration that Jesus was indeed faithful to the path and vision.

We are embarking on a pathway, one we have not walked on before, or not at this level of intensity and focus. The next two years for some will be ‘returned to normal’ and with a big ‘thank God’… for others it will be ‘cannot settle back to what has been called normal’, waiting and listening.

The reset is both a ‘reboot’ for the systems that have become totally locked up, a reset that at times our computers and devices need when the operating system cannot handle what has been loaded on to them… and a reset, being set again in the position where the Lord has for us, set with values from heaven.

I hear the sound of the silence contained in that phrase ‘and was buried’.